The murder of American socialite and oil heiress, 20-year-old Georgette Elise Bauerdorf, is arguably one of Los Angeles most baffling unsolved murders. Although an abundance of evidence was left behind at the crime scene including fingerprints, the murder was never solved. 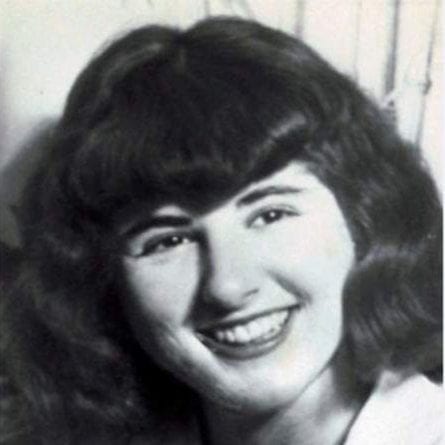 Georgette was the daughter of George Bauerdorf, an Oklahoma oil billionaire. She had been educated in a convent before receiving further education at the exclusive Westlake School for Girls who boasted of several successful students including Shirley Temple and Myrna Loy.

Georgette lived in an apartment in El Palacio. It was an upscale apartment facing Fountain Avenue that housed numerous tenants associated with the film industry. In fact, at the time of Georgette’s murder, Virginia Weidler lived in the same apartment block. 1

Georgette worked for the Los Angeles Times and in her free time, she volunteered as a hostess and dancer at the Hollywood Canteen, a Los Angeles haunt that provided entertainment for servicemen who were often on their way overseas. The Hollywood Canteen was known for the stars of the Golden Era who would flock to the popular establishment to provide entertainment and a smile for the servicemen.

On the 12th of October, 1944, Georgette left the Hollywood Canteen at approximately 11:30PM. Sometime within the next three hours, somebody murdered her.

Her body was found by the wife of the apartment house manager who entered the apartment after spotting the door lying wide open the following morning. She was met by a grim scene. In the bathtub, she found the semi-nude body of Georgette, wearing just the top half of her pyjamas. She was lying face-down in a shallow amount of scalding hot water which was slowly flowing from the tap.

She had been raped and strangled to death.

It was clear that she put up a fight. Her body was riddled with bruises and contusions. In fact, the killer had attacked with such force that fingerprints were imprinted on her body. Bruises on her head and stomach indicated that she had been beaten. Half of a wash cloth was shoved into her mouth, presumably to muffle her cries, screams, or pleas.

One theory was that her killer was already in her apartment when she arrived home that night and attacked her before she retreated to bed. The automatic nightlight outside her apartment had been unscrewed which validates this theory. On this nightlight, investigators found a set of unidentified fingerprints. “Whoever it was had set the stage for this horrible crime and was lying in wait for her,” said Sheriff’s Inspector, William J Penprase.

Another theory came to light when it was reported that Georgette frequently got dressed with the curtains open. This made some question whether the killer had been watching her from afar for a prolonged period and decided to assault her after witnessing her disrobe for the night. While a small amount of cash was taken, nothing was missing from her apartment, including a collection of jewellery that was sitting out in the open. This led investigators to believe that this wasn’t a robbery gone horrendously wrong.

However, Georgette’s car was missing from the garage, presumably stolen by the killer. 2 The abandoned car would later be found abandoned near where the severed body of Elizabeth Short aka “The Black Dahlia” would be found more than three years later. As a matter of fact, Georgette and Elizabeth had met each other at the Hollywood Canteen. 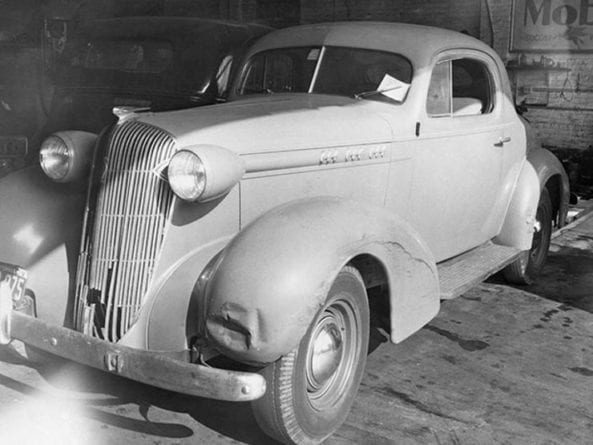 While Georgette’s neighbours reported that they did not see anybody other than Georgette enter or exit her apartment that night, one neighbour did tell investigators that he heard something extremely sinister. At approximately 2:30AM, he said he heard Georgette screaming. The deafening scream was followed by Georgette pleading: “Stop, stop, you’re killing me.” Following this alarming announcement, the neighbour lay back down and fell asleep. For some reason, he didn’t think to investigate what was going on next door or ring the police. “I decided it must have be a family row,” he declared. 3

As is the common theme in infamous murder cases, it wouldn’t be long until somebody provided a false confession to investigators. John Lehman Sumter, who had recently been sectioned in a psychiatric hospital, went to a police station in San Francisco. He asked to speak to an officer and declared that he had killed Georgette. He told the officer that Georgette had taken him back to his house but refused his advances. There were numerous discrepancies within his confession, however. He had brought along a detective magazine and told the officer that if he wanted to know how he killed Georgette, that he could “read all about it in there.” 4Ultimately, he was let go as no evidence could tie him to the crime scene and his confession was inconsistent with the evidence. 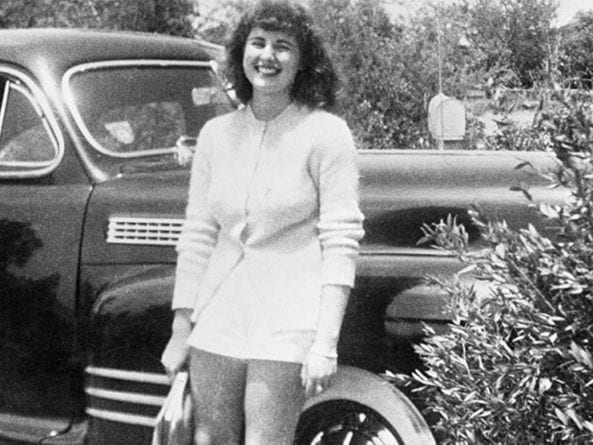 Gerogette’s job at the Hollywood Canteen made for a plethora of suspects. Her friends informed investigators that it wouldn’t be out of Georgette’s character to give a serviceman a lift in her car. Both a soldier and sailor who were at the Hollywood Canteen that evening were brought in for questioning. The soldier was said to have been spotted pestering Georgette to dance with him. “She resented his actions, but told me she was dancing with him to avoid trouble,” said Miss June Ziegler, Georgette’s friend. 5 Both men were brought in for questioning and released when investigators believed that they were not involved. 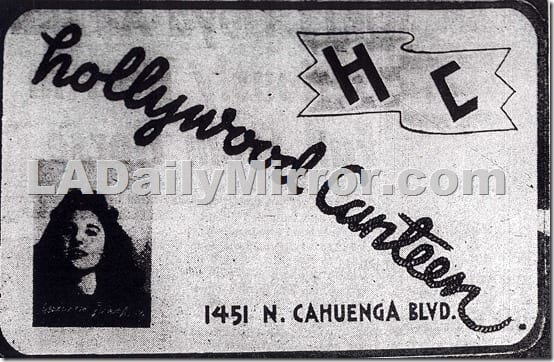 June also told investigators that Georgette had been planning a secret trip to El Paso to meet her boyfriend “Jerry.” Investigators found airplane tickets to El Paso on Georgette’s dresser. Jerry was later found to be Jerome M. Brown, an antiaircraft artillery trainee whom had met Georgette on the 13th of June in the Hollywood Canteen. He confessed that the duo exchanged letters and she was scheduled to come and visit him before her murder. He too was ruled out as a suspect.

Despite the fact that numerous fingerprints were discovered in Georgette’s apartment as well as in her car, the case quickly started to go cold. In 1945, however, a note from the apparent slayer was discovered. “To the Police – Between now and Oct. 11, the one who murdered Georgette Bauerdorf will appear at the Hollywood Canteen. The murderer will be in uniform. He has, since he committed the murder, been in action at Okinawa. The Murder of Georgette Bauerdorf was divine retribution. Let the Los Angeles police arrest the murderer, if they can,” the eerie note read.6Unsurprisingly, the killer never appeared.

So who killed Georgette that night? Nobody knows. Was Georgette a victim of a random attack or had her killer stalked her from afar? 73 years have passed and the case remains as cold as ever

I hate cases like this fam never find closure n the killer never to be found,,rip

The theory that Georgette undressed in front of the window is just guttersnipe gossip. No proof of this whatsoever.Georgette was a very devout moral young woman. She grew up in convent school. She even thought the “jitterbug” inappropriate and didn’t like to do it, though she acquiesced to make the servicemen happy. She did not know Elizabeth Short and they never met. Georgette was killed in 1944 and The Canteen closed down in 1945 before Miss Short got to town. Georgette was an heiress and traveled in upper class circles where Miss Short was a transient. The cloth pushed into… Read more »

Thank you Ms. Maxwell for clarifying a lot of assumptions.

Elizabeth Short was living in LA as early as ’43. She lived with her father initially. She moved back to Medford and around the country later, but she was in LA. Refer to John Douglas’s and John Gilmore’s accounts.

i wonder if the police ever looked at the landlord — the husband. he would have been able to get in her apartment and he knew about the light outside her apartment door. 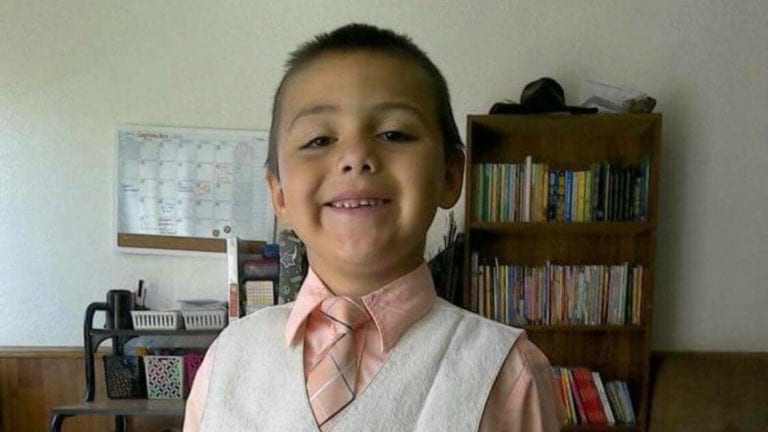 Killed for Coming Out – Anthony Avalos

Anthony Avalos was just 10-years-old when he was tortured to death by his mother and... 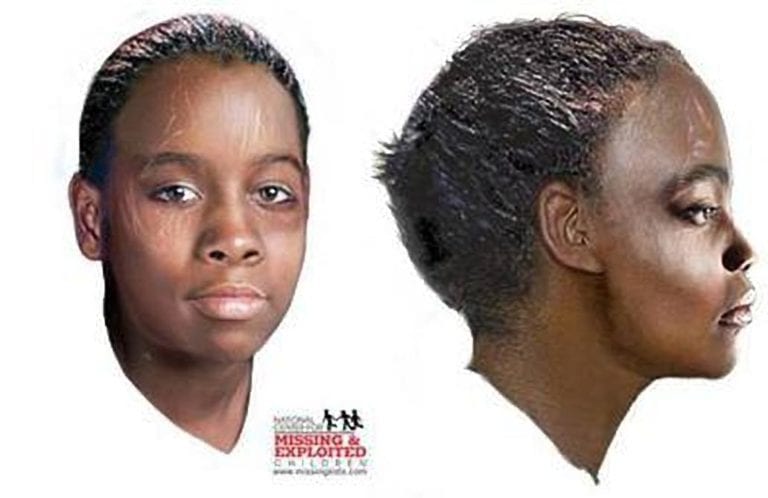 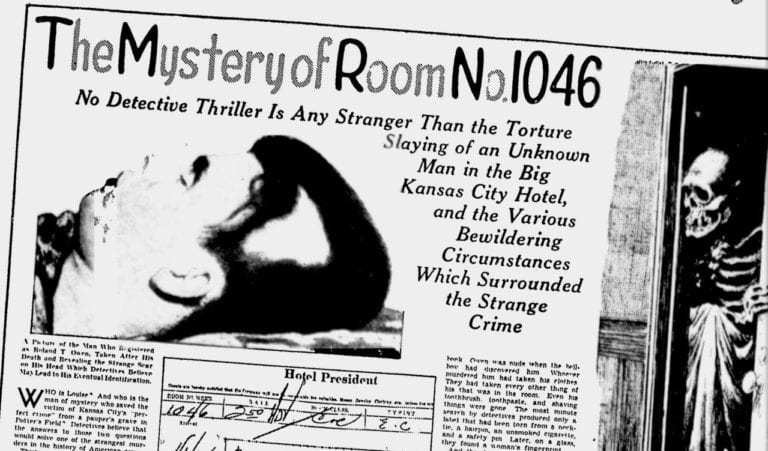