Jennifer Daugherty was a 30-year-old woman from Mount Pleasant, Pennsylvania. She was mentally disabled and had the capacity of a child. Because of her disability, Jennifer trusted everybody. On the 11th of February, 2010, Jennifer’s body was discovered stuffed in a garbage can in a school parking lot. She had sustained prolonged torture before finally…

Jennifer Daugherty was a 30-year-old woman from Mount Pleasant, Pennsylvania. She was mentally disabled and had the capacity of a child. Because of her disability, Jennifer trusted everybody. “Jennifer was very easy-going,” recollected her mother, Denise Murphy. “She liked to have fun. She was trusting. She made friends easily. She loved to dance and she loved to sing.”

On the 11th of February, 2010, Jennifer’s body was discovered stuffed in a garbage can in a school parking lot. She had sustained prolonged torture before finally being stabbed to death.

An investigation into the grisly discovery revealed that Jennifer had been tortured and murdered by a group of people she considered her friends. “She was exploited and her kindness and her handicap made her very vulnerable. She trusted everybody; she believed everyone was good and no one would hurt her,” said her sister, Joy Burkholder.1

Then on the 10th of February, 2010, she told her mother and stepfather that she was going to her friend’s apartment for a sleepover. She had planned staying over in Greensburg and then going to a doctor’s appointment the following morning and then return home to Mt. Pleasant. On the morning of the trip, Jennifer wrote a letter on the back of an envelope with the friend’s contact details along with the note: “I hope that you will have a good day at work, and I also love you very much. I will talk to you some time later.”2

Jennifer’s stepfather, Bobby Murphy, dropped her off at the bus station where she kissed him on the cheek and said goodbye. She then hopped on the bus, heading to Greensburg. It was the last time that her mother and stepfather ever saw her alive. “My biggest regret was forcing Jennifer to act as an adult,” said Denise.3

Jennifer travelled down to Peggy Darlene Miller’s apartment. A number of Jennifer’s other so-called friends were there: Robert Loren Masters Jr, Ricky Smyrnes, Melvin Knight, Amber Meidinger and Angela Marinucci. In fact, Jennifer had known Marinucci for several years and the two frequently chatted on the phone. However, almost as soon as Jennifer entered the apartment, things took a horrific turn.

Over the course of 36 hours, Jennifer was beaten with a towel rack, a vacuum cleaner hose and a crutch. She was forced to consume detergent, urine and cooking oil as well as medications, spices and nail polish.4 She was bound with Christmas decorations while her head was shaved and her face was painted with nail polish.

In addition, Jennifer was raped by Knight. When the group became fed up with the torture, they decided they would finally end Jennifer’s life. They forced her to write a suicide note. “Ricky tells us the suicide letter was to be written and put in Jennifer’s back pocket so when someone finds her, it would look like a suicide,” said Meidinger.5

Jennifer was then stabbed in the heart and lungs by Knight. Despite the brutal stab wounds, Jennifer was still very much alive. “The bitch still ain’t dead!” shouted Knight. Smyrnes then grabbed the knife and slit Jennifer’s wrist. Still clinging to life, the men then choked Jennifer by pulling two ends of Christmas lights which had been looped around her neck.

Meidinger, Miller and Masters all pleaded guilty to the murder and gave detailed gruesome testimony about the murder. They described how Marinucci became jealous of Jennifer and feared that she was developing a relationship with Smyrnes, who was her boyfriend. They alleged that it was Marinucci who had lured Jennifer to the apartment and once here, Smyrnes led the attack on Jennifer.6

Police had not accused Miller and Masters of participating in the physical abuse and murder of Jennifer but evidence during the trials indicated that they were part of the “family meetings” in which the group agreed that Jennifer should be murdered. At one point during the ordeal, Miller and Masters had been left alone with Jennifer while the other four left the apartment for a while. During this time, Jennifer begged them to let get go or to call for help. Instead, however, Miller and Masters alerted the rest of the group.

Their lawyers attempted to argue that they were scared of the others and feared that they too would be murdered. Both Miller and Masters would make tearful pleas for leniency: “I was scared for my life. I should have done something, but I didn’t because I was scared. Can the family forgive me?” questioned Masters. Miller said: “I am sorry and I am guilty. She was my friend, and I should not have voted for her to die.”

Jennifer’s family responded to their statements and asked the judge for them to receive harsh sentences for their role in the murder. “You had my sister as a friend. She loved Miller and valued her. You didn’t value her. You probably value a hairbrush more than you value her.”

Outside of court, Bobby, Jennifer’s stepfather, said: “Closure is Jennifer coming back to us, and Jennifer won’t come back, so there is no closure…”

Not everyone that calls you friend is a true Friend. This horrible event should have never taken place I hope they all die in prison and never get out.

What a terrible shame that these awful people had nothing better to do than to torture such a beautiful, sweet soul! May Jennifer RIP !

I hope all of them rot in prison and become prison bitches.

rest easy, dear, im so so sorry that happened to you. i hope these people rot in prison and every day they are haunted by the fact that they tortured and murdered a person that thought they were her friends. reading this made me cry so hard, i wish she somehow survived.

These ugly bitches to do that make me sick

Death is too good for these animals. They need to spend every day of their lives in general population and suffer whatever fate comes their way at the hands of the other prisoners.

Jennifer Daugherty, 30-years-old. Pennsylvania woman goes missing after a sleepover. She is later found stuffed in a trash can, near a middle school parking lot. 6 people are arrested and charged with kidnapping her and torturing her to death. – cri

[…] Feb. 10, 2010, Jennifer left her parent’s house. She told her parents that she was going to a sleepover in Greensburg, PA. Jennifer had a doctor’s appointment […] 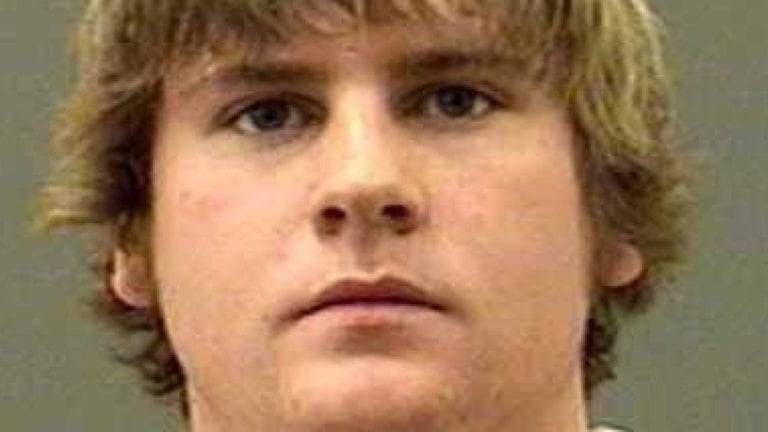 One of Canada's youngest serial killers stalked The Highway of Tears in British Columbia.