Home » History » The Crimes of Burke and Hare

Ironically, the duo known as the foremost of the 19th century’s Scottish grave-robbers were neither. William Burke and William Hare were natives of Ireland, and there is no evidence that any of the bodies they sold to an Edinburgh medical school were taken from cemeteries - but both eventually confessed to obtaining bodies by a…

Ironically, the duo known as the foremost of the 19th century’s Scottish grave-robbers were neither. William Burke and William Hare were natives of Ireland, and there is no evidence that any of the bodies they sold to an Edinburgh medical school were taken from cemeteries – but both eventually confessed to obtaining bodies by a more direct method: murder.

Burke and Hare may have met when they came from Ireland around 1818 to work on the construction of the Edinburgh-to-Falkirk Union Canal. Not much is known about Hare’s early life in Ireland, but Burke served in the Irish military and abandoned his wife and children when he left Ireland.
After work on the Canal ended in 1822, they went their separate ways, eventually winding up in the poorer sections of Edinburgh. Hare married and became the landlord of a rooming house and Burke and his mistress Helen lived off Burke’s work as a cobbler.

In late 1827 they met and Burke and Helen became infrequent lodgers at the Hare’s house. Burke and Hare dreamed of getting rich. The opportunity soon presented itself.

An old man named Donald lodged with the Hares and died owing some back rent. Instead of arranging for a burial, Burke and Hare hit on the idea to sell Donald’s body to a medical school. Schools at that time were desperate for fresh bodies to use in anatomy classes. After making inquiries, Burke and Hare sold the corpse to Dr. Robert Knox for £7.

Burke and Hare were instantly attracted to this relatively easy method of obtaining money. The only snag was that people in their circle weren’t dying. But there was another lodger in Hare’s house that was very ill. Reasoning that the man would die soon, anyway, the duo dispatched the man in a way that would not leave incriminating marks: one of the men would lay across the body, pinning the arms and torso, while the other would smother the victim, who was usually too drunk or incapacitated to put up much resistance.

Throughout the first ten months of 1828, a steady stream of lodgers and other locals made the swift passage from Hare’s boarding house to a table in Dr. Knox’s classroom. But less than a year after their first “sale,” Burke and Hare’s career came to an end with the murder of Mary Docherty, fittingly, on Halloween of 1828.

Murdered in the usual way, the body of Docherty was discovered by a tenant of Hare’s house and the situation was quickly reported to the police. Although Docherty’s body had been whisked away to Dr. Knox’s by the time the police arrived, it was soon retrieved and Burke and Hare were taken in for questioning.

Burke tried to convince the police that Docherty had died a natural death, but the police suspected there was much more to the story. But there had been no witnesses to the murders, and the authorities struggled to build a solid case against the four (Mrs. Hare and Helen had been brought in for questioning, too).

Ultimately, Hare made a deal: he would give evidence against Burke and Helen in exchange for total immunity for himself and his wife. The authorities grudgingly accepted the deal and were soon stunned by Hare’s statements depicting 16 murders he and Burke had committed over the previous year.

Based on Hare’s statement, Burke was found guilty of murder and Helen received the uniquely Scottish verdict “not proven.” On hearing their verdicts, Burke reportedly embraced Helen and shouted, “Thank God you are safe!”

Burke was hanged before a crowd of 25,000 people on January 28, 1829. Ironically, his body was taken to a local medical school and used in an anatomy lecture the following day. The spectators witnessing Burke’s execution cried out that both Hare and Dr. Knox, who must have suspected something criminal in the abundant number of “natural deaths” that had occurred at Hare’s lodging house, should join Burke at the gallows.

What became of the Hares and Helen after Burke’s execution is not known for sure. Tradition says the Hares split up and Helen vanished from every record. Dr. Knox’s reputation was ruined and he eventually moved to London to teach at the Cancer Hospital there.

The murders have entered the timeless culture of folklore. Threats of visits from Burke and Hare were used by some parents to discipline unruly children, and the pair are even prominently featured in a sing-song rhyme that accompanies children’s games:

Up the close and down the stair,    in the house with Burke and Hare.    Burke’s the butcher, Hare’s the thief,    Knox, the boy who buys the beef.

I loooove this story. I remember reading about it a while ago. Insane to think that this happened. I bet others did it and we never found out.

I remember reading how they also murdered a town simpleton named “Daft Jamie”, and the medical students identified him right away! 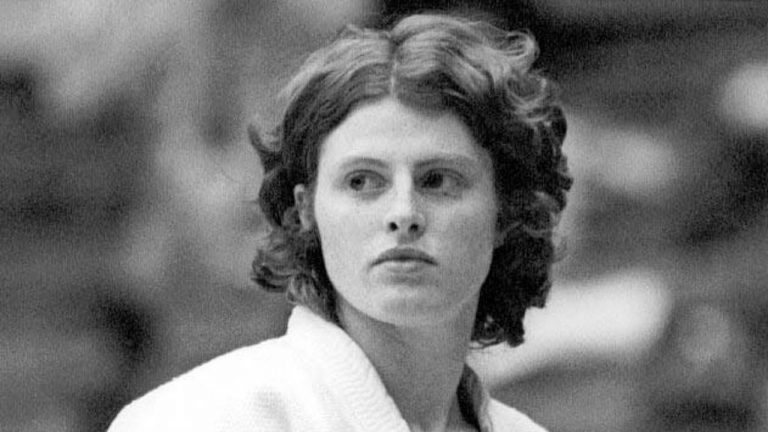 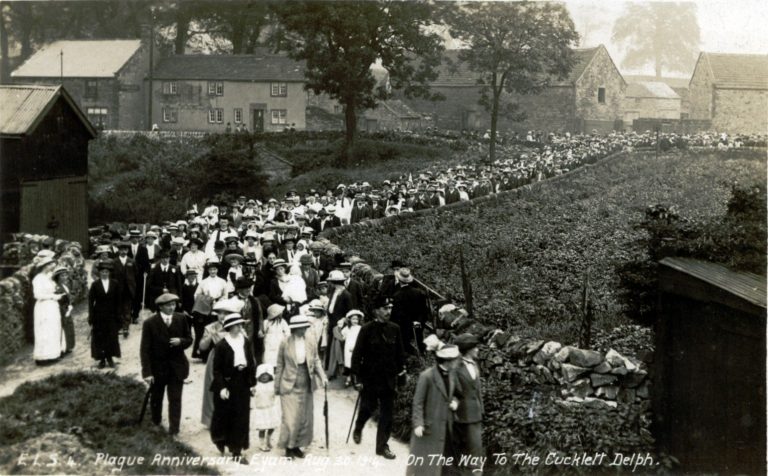 Eyam is a small village in England which lies within the Peak District National Park.... 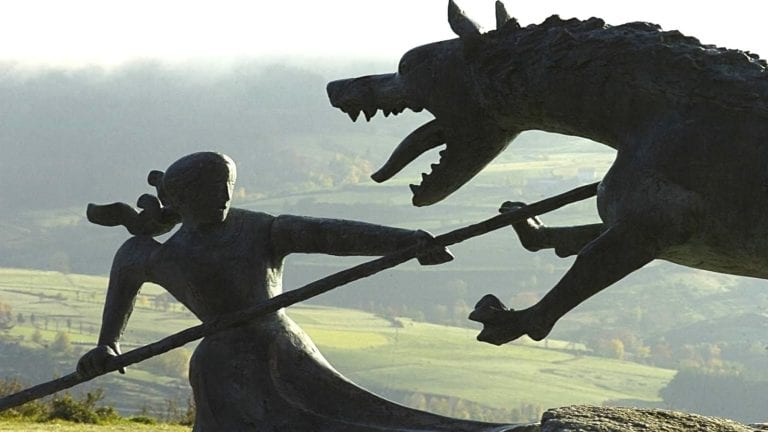