The name “Dardeen” resonates with the residents of Ina, Southern Illinois, who think back to a gruesome quadruple murder that took place in their sleepy hamlet in the late 1980s. Life in Ina was simple. There was a store, a gas station, a firehouse, a bank, a post office and little all else. But then…

The name “Dardeen” resonates with the residents of Ina, Southern Illinois, who think back to a gruesome quadruple murder that took place in their sleepy hamlet in the late 1980s. Life in Ina was simple. There was a store, a gas station, a firehouse, a bank, a post office and little all else. But then in 1987, this settlement was rocked by a grisly murder that still remains unsolved today.

Keith Dardeen and his wife, Elaine Dardeen lived in a rented beige-and-white mobile home nestled among woodland beside Route 37, just outside Ina, Illinois, with their 2-year-old son, Peter. Elaine was also pregnant with their second child, a daughter who they planned on calling Casey. Keith worked as a treatment plant operator while Elaine worked in an office supply store.

In their free time, the couple played in the musical ensemble at a local baptist church. The area the young family lived in had been becoming increasingly violent and the couple wanted to move somewhere safer for their children. Due to the increase of murders and rapes in the surrounding area, Keith was very protective of his family. On one occasion, he refused entry to the home to a young woman who asked to use their phone.

In fact, Keith told his mother he was planning on moving back to Mount Carmel but never elaborated as to why.

On the 18th of November, 1987, Keith didn’t show up to work for his shift nor had he called in sick. This was extremely out of character for the reliable worker. When his supervisor called Keith’s house phone, there was no answer. The supervisor then called Keith’s parents to see if they knew where he was. When Keith didn’t answer phone calls from his parents, they became concerned and called police, arranging to meet them at the family’s home with his spare key.

Inside, they were met by a horrid scene that would mentally scar even the most hardened officers.

They discovered the bodies of Elaine, Peter, and a newborn baby girl, all lying in one bed. Both Elaine and Peter had been bound and gagged before being brutally beaten to death with Peter’s baseball bat which had been a present from his father. Elaine suffered a blow on the right top of her head which fractured her skull and Peter suffered numerous abrasions and contusions and his skull was also fractured.1

During the ruthless attack, Elaine had given birth to a baby girl. The killer took no mercy on the newborn either and ended her life as soon as it began. Like the mother and brother that she never got a chance to meet, she too was beaten to death. Before leaving, the killer had made a sloppy attempt to clean the crime scene.2

Unable to find Keith, it was initially believed that he had slaughtered his family and then fled; his car was missing from outside the home. However, the following day, Keith’s body was discovered by hunters in a wheat field just over the Franklin County line, approximately a mile away from their mobile home. Keith had been shot once in the frontal skull, on the right side of his face and on his left cheek. Additionally, his penis had been chopped off.

His 1981 Plymouth would later be found parked outside the police station in Benton, around 11 miles from the family’s mobile home. The inside was spattered with blood, indicating that Keith had been murdered there or had been mutilated there. Autopsies of the victims couldn’t conclude who was killed first. It was determined that they were all killed within an hour or two.

As news of the murders circulated around the area, residents were left even more fearful than they already had been by the spate of violence. There was a rise in gun sales as well as sales in security systems. Before, residents left their door unlocked but now they double checked to make sure they were locked securely. “Nobody is complacent anymore. Everybody stays aware of their surroundings,” said Mary Younger, who worked in the town market.

Investigators were stumped to find a motivation. Laying in plain view was cash, jewelry and a video camera, none of which had been stolen. There was no sign of forced entry; the back door was unlocked. While Keith had been sexually mutilated, investigators ruled out a sexual motivation. Investigators couldn’t find any evidence or extramarital affairs which could have resulted in a jealous rage nor could they find any debt troubles or grudges. “We have all the pieces of the puzzle. We just have to put them in the right order,” said Detective Mike Anthis.

Inside the Dardeen home, investigators found a small amount of marijuana but found no evidence that they were drug dealers. In fact, Keith’s mother, Joanne Dardeen suggested that the marijuana may have belonged to the killer. The murders were so brutal that some investigators even theorized that the crime was the work of a cult trying to appease the devil. Investigators did deduce that the Daredeen family were chosen, possibly even by mistake. “I don’t think it was a passer-by,” said Detective John Kemp. The most plausible theory was that the killer was gained entry into the home and at some point, left the home with Keith and murdered him then returned to the home to eliminate the witnesses.

With very little evidence to go on, the case quickly came to a standstill, much to the dismay of Joeanne. At least once a week, Joeanne called the Mount Vernon sheriff’s office to nudge officers to keep working on her son’s case. “I carried Keith for nine months. I raised him. I worshipped the ground he walked on. He was a good man and a good father,” she said. “And I will never give up.”3 Joeanne had her own theories: that somebody wanted Keith to sell drugs and he refused or Elaine turned down somebody’s advances, causing them to lash out.

The most promising lead came when serial killer Tommy Lynn Sells was arrested after slashing the throats of Kaylene Harris, 13 and Krystal Surles, 10, as the slept in Harris’ home.

Surles survived the attack and was able to help create a composite sketch of the killer which led to Sells. Following his arrest, Sells claimed he had carried out the Dardeen killings along with around 70 other unsolved murders. While he was confirmed to have committed at least 12 murders, investigators could never definitively link him to the Dardeen murders. He often gave statements which didn’t match with the evidence. Keith’s mother, Joeann, dismisses Sells’ claims that he met Keith at a gas station and was invited home for dinner and a three way with him and Elaine. Keith was far too protective of his family to entertain such a thing, Joeann said.4

The answer to whether Sells kills the Dardeen family or whether the family’s killer is still on the loose remains as elusive as ever. In 2014, Sells was put to death in Texas and nobody has ever been charged with the murders of the Dardeen family.

I don’t say this often but I wish I never read this… I can deal with crime but this is just pure evil what this man did. I believe it was Sells because he was an evil evil man.

Was thinking the same I wish I had not read this either made me very upset reading this what kind of fucking human being does this to another human your not human.

This had to be Sells. He was such a sick man that it seems like someone he would do. To kill a newborn? Not many others would do that..

Absolutely disturbing, the mutilation of the penis had to be some kind of message, maybe he was having an affair and the woman’s husband was a lunatic psychopath.

But why murder the rest of the family?

My theory is one I will keep to myself, but it differs as a motive from all that I have read here, because this article left out information that another article on the Dardeen murders did not omit. I keep my theory for motive to myself out of respect for the mother Joanne who cannot entertain the idea that her son and his marriage may have been less than the perfect little family painted by friends and family members. But in an investigation of a multiple murder as vicious and obviously having a sexual angle to it all theories should… Read more »

I don’t believe it was Sells. There are a couple of facts left out that I don’t believe Sells knew and that was never released by police. One of those facts would have only been known by someone very familiar with the area. Also transportation, how did the killer(s) get to the residence and how did the killer(s) leave the vehicle in Benton? Was there a second person driving another vehicle.

Sells was known as “The Railroad Killer”. Both the trailer that the Dardeens lived in and the police department in Benton are near the railroad tracks.

Your information isn’t something I recall reading. Where can I find information that Sells was known as “The Railroad Killer”?

Interesting questions which aren’t addressed in any of the articles about the investigation so far.

Ugh. I am a true crime fanatic and not bothered too much by what our fellow humans are capable of doing to each other but I wish I had passed on reading this snippet here. The attack was so brutal that it caused the woman to give birth during it? omg I cannot unsee this.

Extremely disturbing to me, I am used to reading articles involving adult assaults and much of what I cringed over 40 years ago have little impact on me today. That someone beat a bound and gagged child to death and then the infant newly born of the traumatic of attack, I find disturbing beyond words. 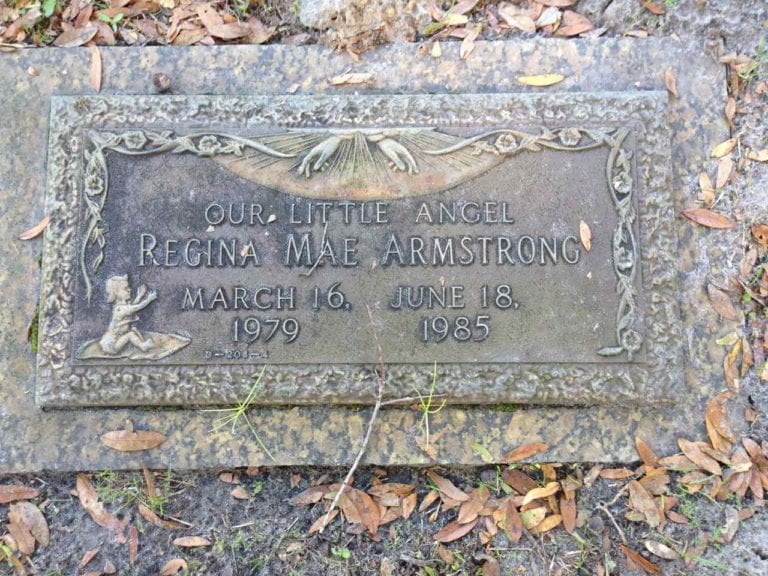 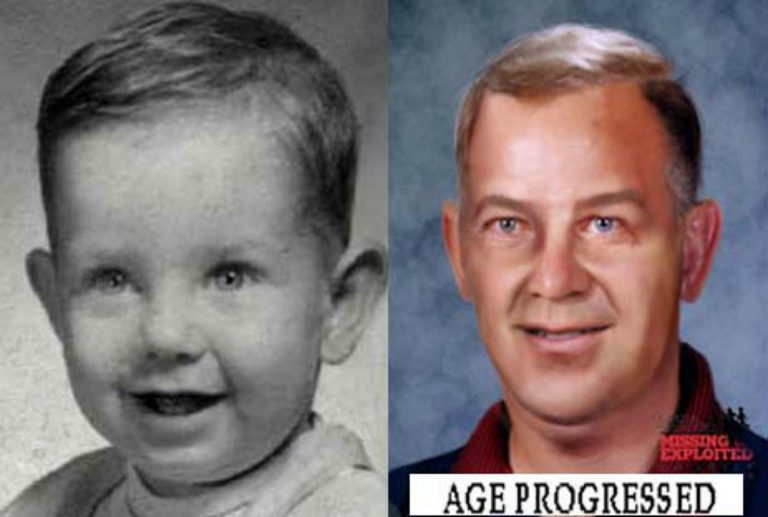 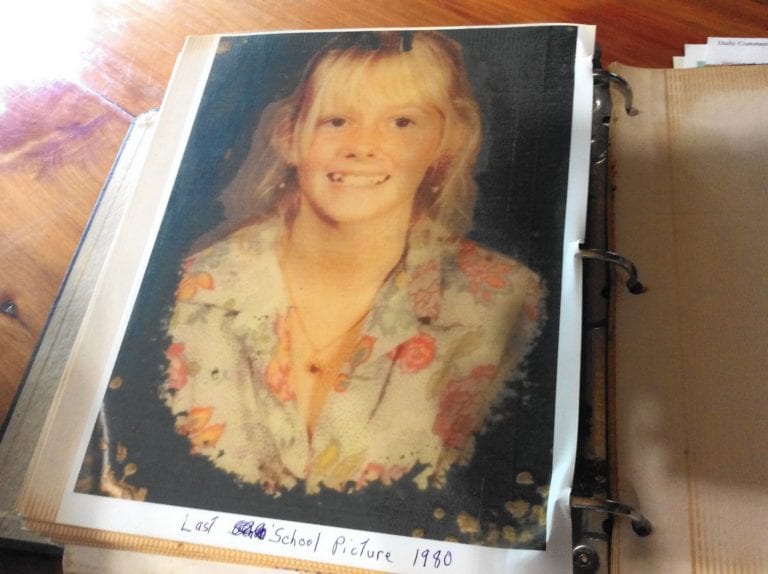