Diane Tilly was a well-known and well-loved teacher from San Antonio, Texas. She cared deeply for troubled students and became a mother figure to many of them. In 2004, she vanished. Shortly thereafter, a teenage girl and her father were arrested and a lurid background of abuse and incest would come to the surface.

Diane Tilly lived her life with zest and enthusiasm. Her friends would say that she had a mischievous humor and a smile that radiated in any crowd. Diane had helped establish Robbins Academy, an alternative high school for high-risk students in San Antonio, Texas. Here, she used the skills that made her such a great friend and mother.

She inspired those all around her with her generosity and dedication to improving her student’s lives. She had a strong belief that every single student, regardless of their circumstances, could succeed. “Diane was the heart of the school to the teachers as well as the students,” said Bill Sain, a Robbins Academy math teacher. “Diane would never let students give up.”1

In fact, Diane would become so close to her students that a number would stay in contact with her after their graduation. In a way, Diane considered herself a mother to the struggling students. Diane had two birth children and she referred to them as the greatest achievement. “Momma talked about her friends, students and family as if they could do no wrong – she really felt that way,” recollected her son, Stephen Tilly.2

Diane had just returned home from a school reunion in a wonderful mood on the 22nd of November, 2004. She was expecting a second grandchild and she was going to visit a boyfriend over the thanksgiving period. Unbeknownst to her, he planned on proposing. Unfortunately, however, somebody else had different plans for Diane that evening.

Ronnie Joe Neal and his 15-year-old daughter, Pearl Cruz, had been planning on robbing and killing Diane “because she was wealthy and made a lot of money.” The plan began with a scheme to gain the teacher’s trust. Ronnie had met Diane as he was handing out flyers for his lawn-mowing business. She decided to hire him to do some work in her garden. As they got to know one another, Ronnie told Diane about his daughter, Pearl. Diane was moved by Ronnie’s stories about his daughter that one afternoon, she randomly gifted him a swing set. Ronnie took this opportunity to bring Pearl over to Diane’s home to introduce them.

On that fateful evening in November 2004, their plans materialized. At around 7:30PM, Pearl knocked on Diane’s door and told her that her car had broken down. She asked if she could come inside to use the phone to which Diane agreed. Once inside, Pearl produced a handgun that was given to her by her father. Pearl then let Ronnie in through the door and the duo ransacked the house. Not satisfied with their loot, Ronnie took Diane’s ATM card and went to a nearby gas station, leaving Pearl alone with Diane. Diane had attempted to thwart the robbery and had given Ronnie a false PIN number. When he returned, he was infuriated and threatened to kill Diane’s cat if she did not comply. Finally, Diane gave in and gave him the correct PIN number.3

When Ronnie came back to the house after emptying Diane’s account, he took Diane into the bedroom. He tied her hands behind her back and placed a pillowcase over her head and raped her as Pearl held the gun to her head. When Ronnie was finished, he ordered Diane to leave the home and climb into the car. Diane refused. Ronnie responded by firing a warning shot into the couch. Wearing nothing but a t-shirt, Diane was forced into the car.

Ronnie and Pearl drove Diane to a rural field in Schertz. Diane was forced over the barbed-wire fence and pleaded for her life. Her cries were unheard; Ronnie forced Diane to the floor and shot her with a .357-caliber gun. “It burns, it burns,” Diane hollered. Ignoring her pleas, Ronnie fired another four rounds into Diane as she lay in the muddy field. Somehow, Diane was still clinging to life. In the last few moments of Diane’s life, she prayed not for herself but for the young soul of one of her killers. “Bless this child,” declared Diane in reference to Pearl before she was shot one final time.

It was discovered that Diane was missing on the morning of the 23rd of November when she didn’t deliver turkeys for a Thanksgiving luncheon at the Robbins Academy. Pearl and Ronnie were quickly apprehended after they were spotted on CCTV using Diane’s ATM card following the murder. Investigators found items that had been stolen from Diane in Pearl and Ronnie’s motel room. Upon their arrest, they refused to confess to what had happened and claimed they had nothing to do with Diane’s disappearance.

As the search for Diane was underway, a ceremony to honor her was held at Alamo Heights Methodist Church. During the service, they prayed for Diane to be found safe and recalled memories of her life. A number of Diane’s former students attended the ceremony and spoke fondly of Diane. “I can still remember the day my life turned for the good, when you opened your arms and welcomed me to a brighter future,” read one letter from Nicole Bagley. “So we don’t look alike, you didn’t give birth to me, we haven’t known each other for all my life; but forever I will love you.” Those in attendance had no idea that Diane would not be coming home.

Just the following day, Diane’s body was found after Pearl confessed to the murder. She informed investigators where Diane’s body was after making a deal with prosecutors. “The details were pretty specific as to what we’d find here,” said Lt. Ron Bennett of the Bexar County Sheriff’s Department. Diane’s body had been partially hidden underneath some brush about 150 feet off the roadway in a farming area on Scenic Lake Drive. “It’s obviously not the resolution we want,” Alamo Heights school district spokesman Kevin Brown said. “But I think the unknown is so difficult, I think for the family and all of our staff and her students and her friends, I think it’s important that we have closure. We just wish that it was a different result.”

Diane was laid to rest on the 11th of December. Around 200 friends and family attended the celebration of her life which was held at the First United Methodist Church in Waxahachie, around 30 miles south of Dallas. Following the emotional service, Diane was laid to rest at Hillcrest Burial Park.4

Following the arrest of Pearl and Ronnie, many questioned what could have happened in Pearl’s life that she ended up involved in such a barbaric crime. As it would soon become public knowledge, Pearl was well-known to CPS and had run away from home on numerous occasions. She had been under investigation as an alleged child abuse victim but Bexar County Child Protection Services rejected a suggestion that she should be taken into state custody. “The child wasn’t in any immediate danger,” said agency public information director Mary Walker. “Her family was working and cooperating with the agency, and getting an appropriate relative to care for the child. We were in the process, or we were attempting to provide services for her and for that family, but the child ran away again.”5

At the time of the murder, Pearl had been living with her grandmother, Annie Pine, after her mother, Elisa Stanley, had been terminated of the parental rights of her ten children. Pearl was a habitual runaway and quite often, she ended up at the trailer of her father. It was soon discovered that Pearl was pregnant during the robbery and murder and a DNA test would show that the baby she was carrying belonged to her own father.6

Ronnie had first sexually abused Pearl when she was just 13-years-old. Soon enough, Ronnie started to sell Pearl to other men for money and drugs. He would rent out a cheap motel along Austin Highway and arrange for men to meet him and Pearl there. “He would have me have sex with two older men. It was a regular thing. Every Friday,” said Pearl. According to Pearl, other members of the family knew that Ronnie was sexually abusing her yet did nothing to protect her. In addition, Ronnie introduced her to alcohol, marijuana and cocaine.7

During the trial, Pearl testified against Ronnie. In more than five hours of testimony, Pearl walked jurors through step-by-step details of how the murder took place. She described how they had held Diane hostage for more than four hours before finally murdering her in the desolate field. Ronnie’s defense, however, suggested that Pearl had pulled the trigger. During her testimony, Pearl had said that she was “jealous and mad” when her father raped Diane.8

Ronnie was found guilty of first-degree murder and sentenced to death. Pearl pleaded guilty and was sentenced to 30 years in prison. However, she was released in 2009. Ronnie committed suicide in prison in June of 2010. He had hoarded his prescription anti-depressants and overdosed on them.

Diane Tilly’s memory still lives in and her impact on the struggling children of Robbins Academy still remains local legend. On the one year anniversary of her murder, a garden in her memory was created at the school and inside, a massive bronze plaque baring her name was unveiled. The small garden was planted at the foot of a sprawling live oak tree on the school’s front lawn and consisted of native Texas flowers and plants as well as a stone bench engraved with Diane’ name. In the middle sits a pink, granite marker which reads: “A great soul serves everyone all the time. A great soul never dies. It brings us together again and again.”9

How can releasing Pearl Cruz after such a short time in prison be “justice”. That’s appalling and shameful.

She was a child who was abused and traumatized she didn’t deserve 30 years.

I think no one talks about this but a child going through what she went through absolutely ends up with PTSD. Just like children in inner cities who deal with drive bys and gang violence.

However, I think that Pearl still deserves a much longer sentence. The murder happened in 2004 and she was released in 2009. 5 years for kidnapping, torturing, robbing, helping to rape, and killing a poor woman? The burglary alone is 5 years. 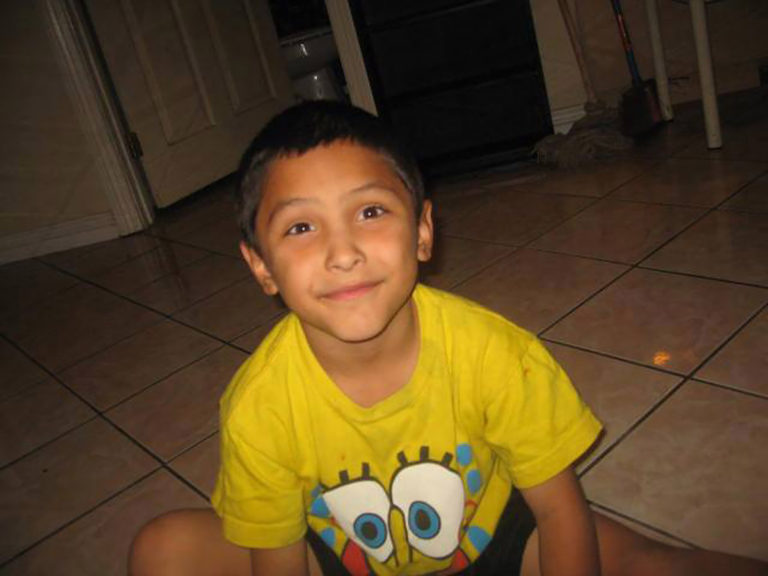 Gabriel Fernandez was just 8-years-old when he was beaten to death by his mother and...