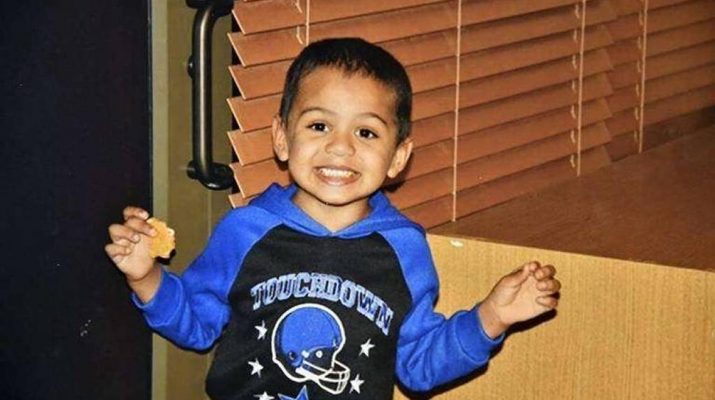 In the fall of 2015, the murder of 7-year-old Adrian Jones shocked the nation. His scattered remains had been discovered in a pig pen near the Kansas City, Kansas, home that his family were renting. His father, Michael Jones, and stepmother, Heather Jones, had fed his remains to pigs in an attempt to conceal his murder.

So how did an innocent little boy who once loved football meet such a gruesome demise?

The day before the grim discovery in the pig pen, police were called to the house that Adrian shared with his father, stepmother, and his six siblings. The family lived in a rented house in the 5200 block of North 99th Street. The police were there for a domestic disturbance call and Michael was charged with aggravated battery and aggravated assault.

While there, police discovered that Adrian had been missing for several months. They noticed that surveillance cameras were set up all throughout the house. There was a total of 30 or so cameras, overlooking all angles of the home. It was soon uncovered that these cameras had captured the unimaginable abuse endured by Adrian and ultimately, his death.

When Adrian wasn’t being beaten with fists or objects such as broomsticks, he was locked behind a plywood door in a shower. Some days he would be forced to stand for hours in stagnant water in a swimming pool up to his neck. He was constantly shackled, handcuffed and bound and was systematically starved. He was frequently strapped to an inversion table and forced to stand outside in the freezing cold, where he would sometimes even be forced to sleep. Some days Adrian would be stunned with a stun gun for up to 20 seconds.

In some photographs found on the couple’s laptop, Adrian had cutting boards strapped to his front and back, forcing him to stand straight. One photograph showed a close-up of his shredded and bloody lips, caused by him attempting to chew out of his plywood prison. In another photograph, Adrian was handcuffed with his hands above his head. Other photographs showed Adrian standing naked in the shower stall on what would have been one of the last days of his life; his teeth were rotten due to malnourishment and his eyes were sunken into his face.

In a video recording, Adrian is being taunted with a plate of food. His hands are restrained and a bar of soap had been stuffed in his mouth. “They would put that bar so far in his mouth, and set food down there, and he was so hungry… But it was a way they could walk away and know that he couldn’t eat because that bar was so far up in there,” said Adrian’s grandmother, Judy Conway.1 In another video recording, Adrian can be seen standing shackled outside on a cold winter evening. He shivers with each breeze. He tries desperately to drink from a cup with his wrists bound behind his back.

Heather often posted her frustrations in dealing with Adrian on her Facebook account and even alluded to killing him. In one posting, Jones made a reference to an episode of “The Walking Dead” wherein a character shoots a child in the back of the head while telling her to look at the flowers: “Walking Dead ‘look at the pretty flowers’ yea I’m bout to pull that shit!” she wrote on Christmas Day of 2014. She later posted: “I can’t shoot him unfortunately but I can work the shit outta him til I feel better!” Several days later, she joked that she might have to “feed some pigs a body.”2

Ultimately, Adrian starved to death. Alarms had been placed on the fridge and food cupboard so that if there were ever a time where Adrian  wasn’t constrained, he couldn’t steal food.

Police were led to his body by Heather who confessed that he had died in the home on the 28th of September. She said that following his death, Michael went out and purchased several pigs. Even in death, Adrian received no dignity when his body was thrown to the pigs to feast on.

Adrian suffered immeasurable torture and abuse for such a prolonged period that it begs the question: How did nobody know? As it soon transpired, people did know. Adrian himself had even pleaded for help.

Two years before his death, Adrian told a Missouri Children’s Division worker and a police officer that his father would kick him so hard in the back of his head that a “little bone came out” and that “My daddy keeps hitting me in the head and punches me in the stomach and my mom keeps pulling on my ears and it really hurts.” He also said that he was locked in his bedroom and was never fed. The Children’s Division found “by a preponderance of evidence” that Adrian had been neglected in July of 2013. However, he wasn’t removed from his home due to the fact that they allegedly found no signs of physical abuse.

The child welfare system in Kansas was no stranger to the Jones family, either. When the Jones family moved, Missouri child welfare sent Kansas child welfare a report about the family and their concerns. It’s unknown if Kansas followed up on the report.3 However, it was later revealed that Kansas child welfare received 10 phone calls in regards to the evident abuse taking place in the Jones household in the run up to Adrian’s murder. One caller reported that “the mom beats the living daylights out of the kids for no reason.” Another caller said that Heather had been beating Adrian and had even choked him while another said that Adrian was eating out of the trash. Each time they investigated the reports, however, they found that nothing was awry, even despite the fact that Adrian had told them he was being abused.4

During one visit to the home, Adrian told them he was forced to sleep outside and stole food from the trash can. During another visit, he said that his father and step mother were mean to him and that he would be locked in the closet at night. Nevertheless, nothing was done and his nightmare continued as usual. “All that stuff Adrian was saying, why didn’t they pull those kids out of the house?” his grandmother questioned.5

In 2018, Missouri created a bill to help the state track families that move across state lines to avoid child welfare officials. Sen. Kiki Curls sponsored an amendment which gave the Missouri Children’s Division more flexibility to share abuse records across state lines as part of a larger bill that would make it more difficult for parents to conceal abused children. The Missouri Senate passed the bill unanimously, sending it to the House for consideration.

My heart breaks for you Adrian, sending much love wherever you are now. Your parents are pure evil and should never be given another chance to treat anyone else like this!

CPS must be blind as well as deaf! You can see by the photos here that the little boy was clearly not looking at all healthy. If he had been taken to the hospital & tests carried out they would have known he was telling the truth and he might still be alive. Rest in peace little one.

This broke my heart… anybody would be lucky to have Adrian as a son.

Why did’nt the Kansas children service step in and do something?

They tortured and murdered this poor child. They should be executed. Those in authority who knew and did nothing should have severe consequences as they are accomplices. 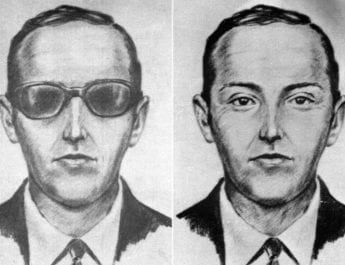 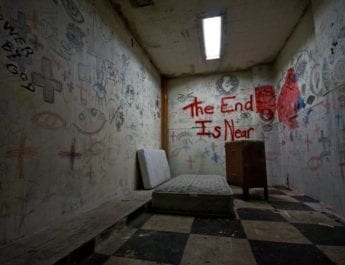 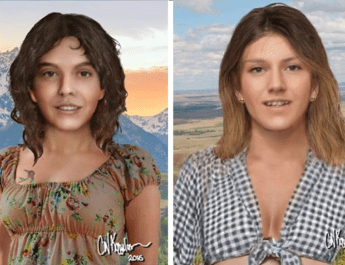