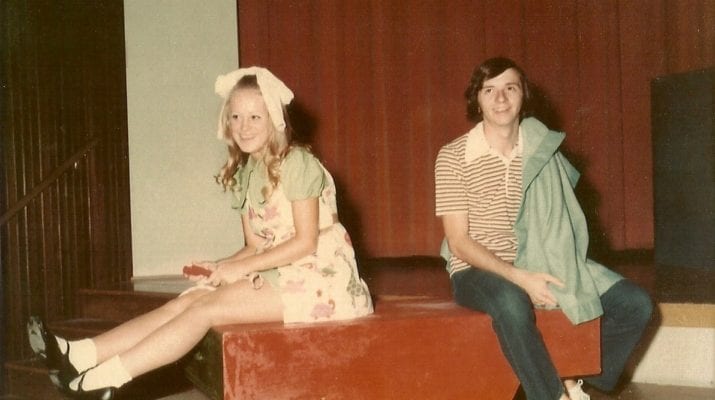 Teresa Sue Hiltwas a petite 22-year-old student at Northwest Missouri State University. She had been granted a degree in music education and had also been enrolled in graduate programs leading to a Master of Science degree in guidance and counselling. Hilt was extremely active on the campus; she was a member of the yearbook staff, the marching band as well as the Student Union board and several music groups amongst the students. Hilt also took part in several college productions including “You’re a Good Man, Charlie Brown,” where she played the character, Peppermint Patty. 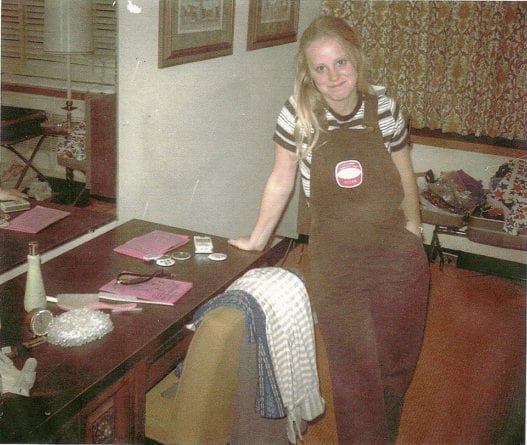 In her free time, Hilt enjoyed sewing and singing. She was outgoing and bubbly and her friends would later recall that she got on well with everybody who encountered her. “She was a small girl with a big smile and even bigger laugh,” said a friend of Hilt who runs the website: https://justicefortess.com/. Those who knew her said that she never locked her apartment door and always saw the best in everybody. Her trusting nature would prove to be deadly; on the 4th of August, 1973, she was brutally murdered in her Maryville apartment. She had been stabbed several times and then strangled to death with a pair of her own nylon stockings.

The autopsy concluded that Hilt had been killed at some time between 2AM and the daylight hours. She was last seen at the apartment of a young man – Edward Happel – who lived in the same complex, College Gardens, which was just a block or so away from the university. Police said that Hilt and Happel had been out socially the night before and returned to his apartment. Hilt wasn’t a big drinker and would sit and nurse the same drink throughout the entire night. At around 2AM, two of Happel’s male friends arrived and Hilt said her goodbyes to walk the short 60 yards back to her own home. Before she left, Hilt and the Happel arranged to meet the following day when he got off work. Police announced that he was a witness and not a suspect in the murder. 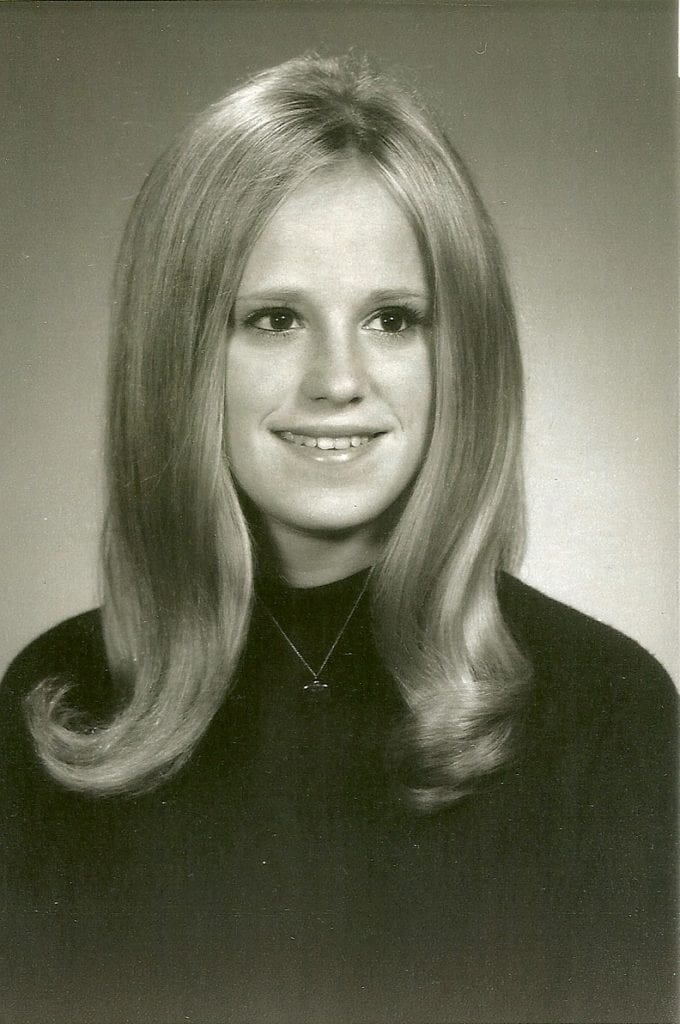 At around 4PM on the 4th of August, Happel tried calling Hilt to inform her that he had finished his shift at work and that he was ready to hang out with her. When he received no reply, he went to her apartment and found that the door was slightly ajar and let himself in. It was here that he discovered the nude, lifeless body of Hilt lying on her bed. Her body appeared to have been posed: her left arm lay straight at her side, her right arm was bent at the elbow and resting on her back. A 4-inch paring knife stained with blood was found in her right hand; no fingerprints were found on the knife. Ligature marks were found on her wrists indicating she had been bound. She had been stabbed on the chest, arm and lower part of the body – the knife pierced her heart and left lung.  “The chest wound had one entry with multiple, eight different jabs, like they never pulled the knife completely out and just re-stuck it up to eight times,” said an officer.1 During the ruthless attack, Hilt had swallowed some of her own hair; some was found as far as eight inches in her oesophagus. Hilt hadn’t been raped and there was a possible bite mark on her breast.

An investigation of the crime scene and surrounding area turned up her wallet and travel checks, both of which were discovered near the railroad tracks just south of her apartment. Hair samples found near the bed and inside Hilt’s mouth were examined and determined to have come from somebody suffering from monilethrix, a rare disease that makes the scalp brittle and causes hair to easily fall out. The disease is generally found in South America. It was determined the hair came from somebody between 20 and 40 years old. Following this revelation, police issued a request for people to come forward with the names of those they knew suffering from the disease but this line of enquiry led only to a dead end.

A reward for $3,825 was subsequently offered for whoever could provide information that would lead to the arrest and conviction of the killer. The violent murder shocked the university community; women were afraid of walking home alone and made sure their windows and doors were locked. “I never locked my door before, now I lock it all the time,” was a common remark from the co-eds.2 Despite the fact that it was a brutal and frenzied murder – Hilt had suffered numerous bruises, a black eye, and torn neck muscles – none of her neighbours heard anything suspicious that night.

The investigation into the slaying provided very little clues and frustrated Hilt’s parents who awaited any new information anxiously at their home 80 miles southeast of Maryville. Sgt. Jim Wright, a detective on the Maryville police department, was assigned to find the killer. By February 1974, over 200 people had been interviewed while fingerprints of 150 individuals had been taken. Six persons had taken lie detector tests – including Happel – yet none of the leads ever panned out. As is a common occurrence with highly-reported murder cases, there was a string of false confessors, including a man who was in a mental institute at the time of the slaying. With the case at a standstill, Dr. Milton Helpern, chief medical examiner of New York City agreed to review the evidence in the case. Dr. Helpern was considered one of the world’s leading medical detectives at the time and had worked on hundreds of murder cases. New York Times said that Dr. Helpern “knows more about violent death than anyone else,”3 It was hoped that a fresh pair – and an experienced pair – of eyes could help crack the case. Once again, this was another dead end.

Early on in the investigation, police theorised that a woman had killed Hilt. This theory was built on the fact that Hilt hadn’t been raped and that her apartment had been cleaned following the murder. Moreover, the killer had neatly folded a sheet and placed it over Hilt’s lifeless body. “This was too neat a job to have been done by a man,” said Sgt. Jim Wright. However, it’s certainly not uncommon for male killers to clean up their crime scene and there are numerous male killers that are not sexually motivated. They also theorised that Hilt had met her killer during the short walk back to her apartment from Happel’s apartment. Could somebody have followed her home? Sgt. Jim Wright surmised that Hilt met somebody on her way home and willingly went with them or was grabbed by them. He contended that the fact that her travel checks and wallet were found near the railroad track south of the complex was evidence of this. “I think she was brought back or went back to her apartment where the murder took place. The murderer could have been someone she knew because no one heard any outcry and those apartment walls are paper thin,” he said. It should be noted, however, that Hilt’s killer could have stolen the travel checks and wallet and then disposed of them or dropped them after fleeing from the crime scene.

Another line of investigation focused on a thesis Hilt was writing at the time of her murder. The thesis was on alcohol and drug use on the Maryville campus and during her research, she conducted several interview with local alcoholics and drug users. In a tape recording found in her home, Hilt described one man as poorly groomed and mentioned that she intensely disliked him as he continually “pawed” at her.4 Police checked out reports of a man who was approximately six feet tall, well built, with black greasy hair, that was allegedly seen around the apartment complex at the time of the murder. A thorough investigation into this lead uncovered that the man was a teacher from out of town that had been attending a seminar. He was quickly ruled out as a suspect.

Unfortunately when Keith Wood took over as police official in Maryville 16 years later, he found that the physical evidence from the crime scene was missing; bed sheets, the murder weapon, hair samples, and DNA had all vanished. To this date, the murder of Teresa Sue Hilt still remains unsolved.

If you have any information into the murder of Teresa Sue Hilt, please contact Tips4Tess@aol.com.

She sounds like a really nice girl. I believe it was someone she had interviewed and maybe they stalked her home that night to get her when it was late and she was alone. RIP to Teresa.

Teresa was a really girl. I attended NW in 1971 after returning from the Vietnam War. Lots of girls were too stuckup to dance with a “Baby Killer” but not Teresa. Besides being one of the most beautiful girls on campus, she was probably the most petite.

Very suspicious that all of the evidence from her case has disappeared. It couldve been solved with todays technology. What idiot throws out evidence….the killer??

More than 45 years now since Tess was murdered, and nearly 6 years since her case was re-awakened. Wonderful, caring tipsters have come forward with volumes of information leading to solid persons of interest in the case. I believe Andre is partly correct; that she was stalked and ambushed that night. The bruising on her left cheek and the black eye would possibly indicate a powerful right hand punch to render her defenseless. After that the rage and the torture suggest the killer was someone Tess knew. Someone with a level of hatred impossible for us to understand. We’re still hoping for that last bit of information needed to help bring justice for Tess. Email us: Tips4Tess@aol.com.

I hope this isn’t insensitive in anyway- but I’m sure this has been proposed before- it sounds like a Ted Bundy killing, right down to the nylon stalking, bite mark, & college campus. It was within the time of his killings as well, & there always supposedly were more victims. I’m only speculating, I don’t mean to be rude. RIP Tessa.

How the fuck do you lose ALL the evidence?! All these police officers should be penalized! No wonder there are so many crimes!

The fact that all the evidence was ‘lost’ is disturbing and perhaps even telling. Is it a clue, perhaps? Could the killer be a police officer or someone similar who would or could have access to wherever the evidence was stored? This has been the case in a few other murders and it makes one wonder. Certainly, it should be investigated. 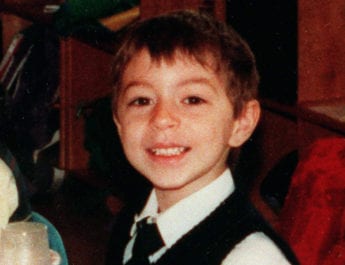 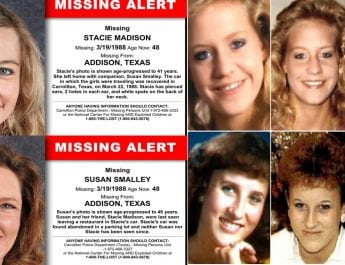 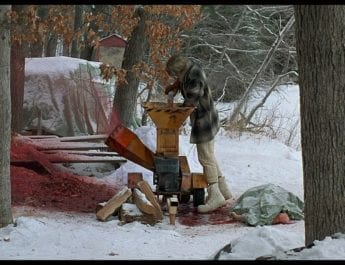