Home » Mysteries » Where is Alexis Patterson?

Where is Alexis Patterson?

On the morning of 3 May, 2002, 7-year-old Alexis Patterson vanished while walking to school in Milwaukee, Wisconsin. Her family said that her disappearance didn't receive as much publicity as other missing children due to the fact that she was African American. She has never been found.

On the morning of the 3rd of May, 2002, 7-year-old Alexis Patterson from Milwaukee, Wisconsin, was upset that she couldn’t take cupcakes to school as a class treat because she hadn’t finished her homework the evening before.

Her stepfather, LaRon Bourgeois, said that he and Alexis had walked half a block from their home to Hi-Mount Community School. After that, Alexis crossed the road towards the school. He said he watched a crossing guard take Alexis the rest of the way, and then he himself turned around and walked back home.

This was the last time he ever saw Alexis.

When Alexis didn’t come home from school, her mother, Ayanna Patterson, called police. While some of Alexis’ classmates said that they had seen her in the school grounds that morning, other classmates and her teacher said that she hadn’t been in attendance, meaning Alexis most likely vanished before entering the school.

Missing person posters with Alexis’ smiling face emblazoned on the front were distributed throughout the city. She was described as being 4 feet tall, 43 pounds and with light brown skin. On the morning she vanished, she was wearing two French braids in the front and a ponytail in the back. She was wearing a red and grey hooded jacket, light jeans, a purple shirt and white tennis shoes. Alexis’ family created laminated badges bearing Alexis’ picture, contact information and the question: “Have you seen my baby?” They canvassed the streets handing out fliers and searching but to no avail.1

Police Chief Arthur Jones speculated early on in the investigation that Alexis had run away after the argument over cupcakes. Ayanna and LaRon made tearful pleas for her return and held on to the hope that she was “only” missing. “We’re doing terrible. If someone has her, please just return her. Just let her out on the corner. Someone will see her,” pleaded LaRon.2 Ayanna said that if Alexis did run away, she wouldn’t have gone off with a stranger.

Milwaukee Public School officials came under criticism for not contacting Alexis’ family as soon as it was discovered that Alexis was not in class. “It makes me angry, this being a neighbourhood school and all, that they just wouldn’t send somebody a half a block over here to knock on the door and check on Lexi,” said Lena Ramirez, whose daughter was Alexis’ half-sister. According to the school, they followed correct protocol which was to notify a parent or guardian by the end of a second day if a child is missing from school. Their policy was staunchly defended by Superintendent Spence Korte, who said that there are enough absences in Milwaukee schools each day.

As is protocol in missing children cases, both Ayanna and LaRon were brought in for questioning. LaRon was extensively questioned in regards to the disappearance. He had a criminal record which included involvement in a 1994 bank robbery which resulted in Glendale police officer, Ronald Hedbany, being shot dead. LaRon – who was the getaway driver – was granted immunity from prosecution in exchange for his testimony against Brook Telegaro Ship III, who was convicted and sentenced to life in prison.3

Alexis’ disappearance was featured on “America’s Most Wanted” and it led to a flurry of tips and reported sightings. Sadly, however, none of these leads ever panned out. Meanwhile, police announced that Alexis’ disappearance had entered a “criminal investigation phase” indicating that it was now believed that Alexis had met foul play as opposed to ran off. “It’s not normal for any child to (willingly) be away from her parents this long. We’re going to look at this that someone might have this child and she might not be free to go,” said Police Chief Leslie Barber.4

Towards the end of the month, a $10,000 reward was offered for information that could lead to the whereabouts of Alexis but to no avail.

As the weeks turned to months, the leads and tips dried up. Then in late August, there was an anonymous tip to a television station from somebody who said that Alexis was in the Milwaukee River. However, despite an extensive and exhaustive search, there was no sign of Alexis.5

In early September, Police Chief Arthur Jones announced that it was very unlikely that they would ever find Alexis alive.  “It’s frustrating, because at some point in your heart and mind you still hope against hope that she’s still alive, you know, that someone is caring for her, but experience says that’s probably not the case,” he said.

There had been national coverage of the disappearances of several missing white girls in other states. Family and friends said that Alexis received little national coverage because she is African American. This was something that Police Chief Arthur Jones agreed with: “There’s no question in my mind that there’s a media racial bias. It certainly is true here in Milwaukee, at every level from the electronic media to the print media,” he said.6

Shortly thereafter, a volunteer group formed shortly after Alexis’ disappearance disbanded due to lack of funds. The founder, Keith Martin, said that the community were no longer interested in Alexis’ disappearance. In fact, when he sponsored a rummage sale, only four people showed up. “I guess the attitude out there is, `It didn’t happen to me. So I’m going to leave it alone.’ It’s just sad,” he said.7

In April of 2003, LaRon was arrested and charged with beating Ayanna and threatening to kill her. According to Ayanna, LaRon had not been supportive since her daughter’s disappearance and became controlling and abusive. The week before his arrest, Ayanna told him that a detective was coming to their home to talk about Alexis and he reportedly responded: “What the fuck does he want? I don’t give a fuck about him.” The arrest warrant also said that Ayanna accused LaRon of selling drugs and pimping out women.8

Over the forthcoming years, age-progression images showing what Alexis may look like as she grew into a young woman were issued. In 2016, police thought they cracked the case when a man came forward to say the age-progression images looked eerily like his ex-wife who he said had a very murky past. However, DNA testing ruled her out.

Each year, Ayanna holds a birthday party for her absent daughter. She says that until there is evidence to prove that she is dead, she will live under the assumption that her daughter is alive and well.

I hope Alexis is found alive and well 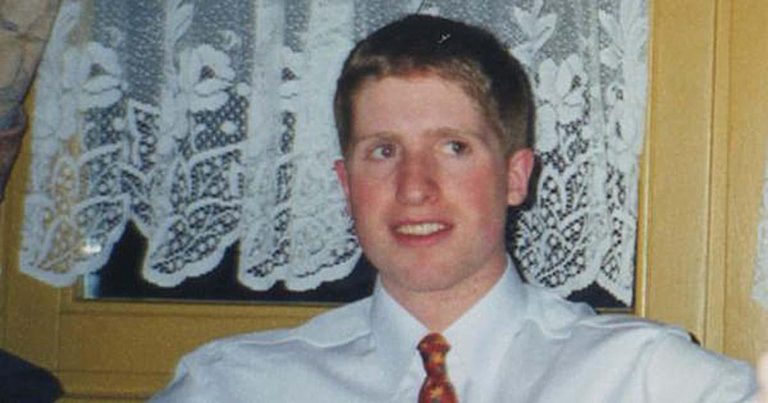 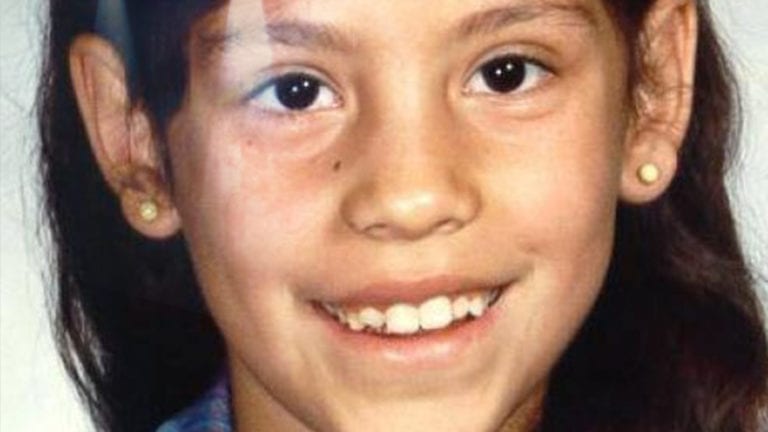 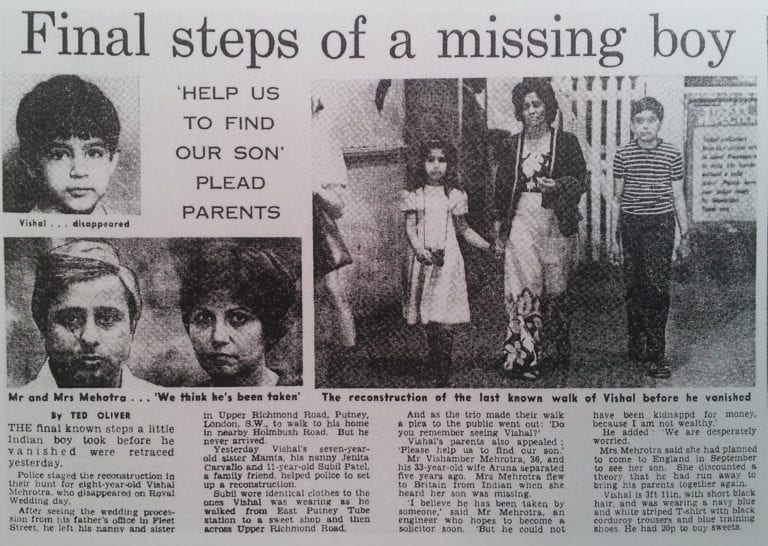 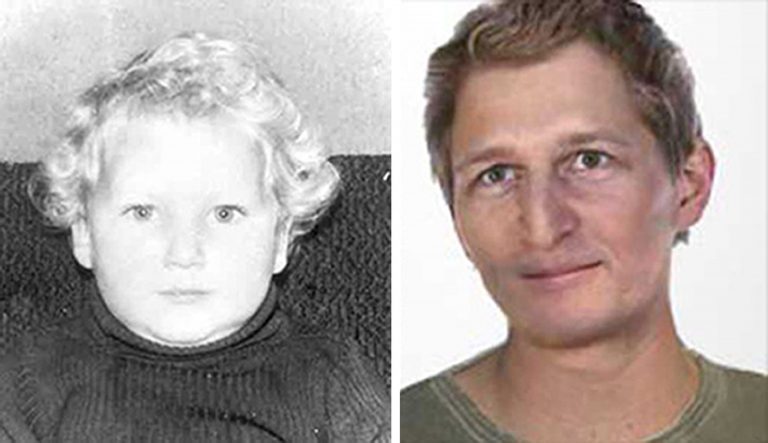 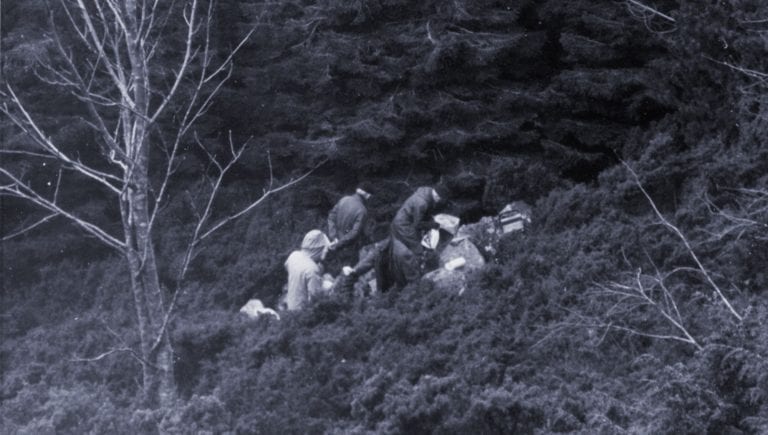 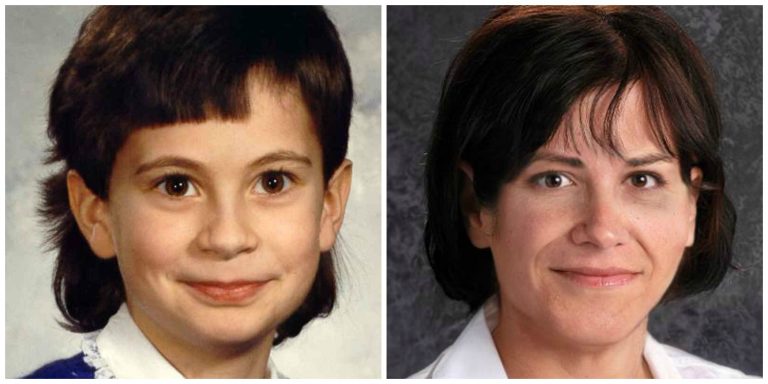 On 22 February, 1985, 8-year-old Cherrie Mahan hopped off her school bus in Winfield Township,...