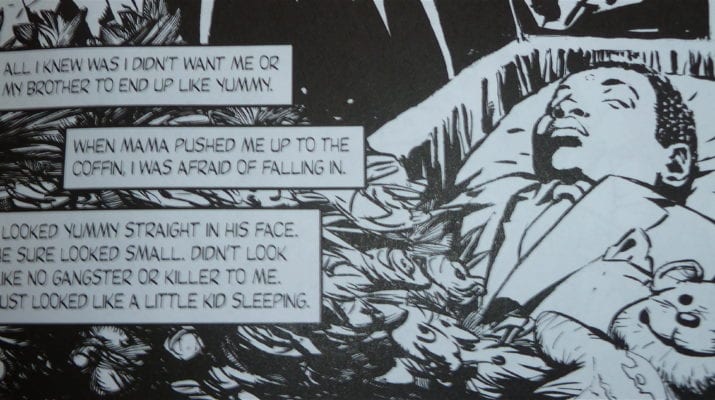 Standing at 4′6″, 11-year-old Robert Sandifer earned the nickname “Yummy” because of his love for cookies. His old bedroom in his grandmother’s house looked like your average Chicago child’s bedroom – posters of Michael Jackson and Disney characters hung on the wall, but Yummy was anything but your average child. Born in 1983, his mother, Lorina, was arrested over 30 times for prostituting and his father spent most of Yummy’s short life behind bars for various drug and weapon charges. Before the age of 2, he was already known to the Department of Children and Family Services. His body was often riddled in cigarette burns as well as bruises. At just 22 months old, he was brought to the hospital with scratches and bruises.1 On one occasion, his sister came to the emergency room with burns on her genitals. Lorina claimed she had fallen on the radiator: something the nurse said was impossible due to the severity and position of the injuries. When Yummy was just 3-years-old, he and his six siblings were removed from his drug-addicted mother and sent to live with their grandmother. By the age of 8, Yummy had given up on school and resorted to a life of crime. He soon began to steal cars and break into houses. During his short life, he was charged with 23 felonies and 5 misdemeanours, but due to his young age, he never got more than a slap on the wrist. It’s no surprise that after running away, Yummy joined a gang – the Black Disciples. “He was the kind of kid who didn’t have love at home. If he did, he wouldn’t have joined a gang,” said one of his friends.

During a psychiatric evaluation, he was described as “emotionally flooded.” The report followed: “His response to the flooding is to back away from demanding situations and act out impulsively and unpredictably.” During the evaluation, Yummy was asked to finish the following sentence: “I am very…” to which he replied: “sick.” The examiner described young Yummy as a child full of self-hate and loneliness.2 In June of 1994, Yummy was removed from his grandmother’s house and sent to a DCFS juvenile shelter after being caught driving a stolen car. DCFS recommended that he be placed in a long-term facility out of the state because Illinois had no facilities to handle youths of his age. A judge denied a family services request to temporarily hold him in a juvenile centre which holds older offenders and sent him back to live with his grandmother. On 28 August, 1994, when Yummy was just 11-years-old, he was ordered to take out a hit. He opened fire on a group of youths, accidentally killing 14-year-old Shavon Dean just 10 yards from her South Side home. He had been attempting to kill a rival gang member by spraying bullets across the street. There were numerous witnesses who could name the gunman as 11-year-old Yummy. This enraged the gang, who saw his actions as an initiation gone bad. Fearing that Yummy would speak to police if apprehended, the leaders of the Black Disciples decided they needed to get rid of him. It was a chilly evening on the 31st of August, when brothers, 14-year-old Derrick Hardaway and 16-year-old Cragg Hardaway, were sent by the gang to find Yummy. They too were members of the Black Disciples. As they drove around in a car, they spotted Yummy standing on his neighbour’s porch at 10609 S. Edbrooke Ave. He had arrived at his neighbour’s house visibly shaken. He asked if they could say a prayer before he handed himself in to police. When the neighbour went inside to make a phone call, the Hardaway brothers lured him over to their car. They told the young boy that they were going to take him into hiding so that police couldn’t track him down. However, as they reached a nearby underpass, they ordered Yummy to his knees and shot him twice in the head.3 Three days later, Yummy’s lifeless and bloody body was found in the underpass under the train tracks at 108th Street between Dauphin and Cottage Grove. He was wearing a sweatshirt with a cartoon character on the front. He was the 637th person murdered that year in Chicago.4 On the day he should have been starting sixth grade and gallivanting across the playground with other children, Yummy was buried. 400 mourners crowded into the Youth Center Church of God in Christ to say goodbye and reflect on the short life of a boy who had more felony arrests than birthdays.5 In the church, his body lay in a small coffin with a stuffed teddy bear beside him. The only picture of Yummy that the family could find was a mug shot. 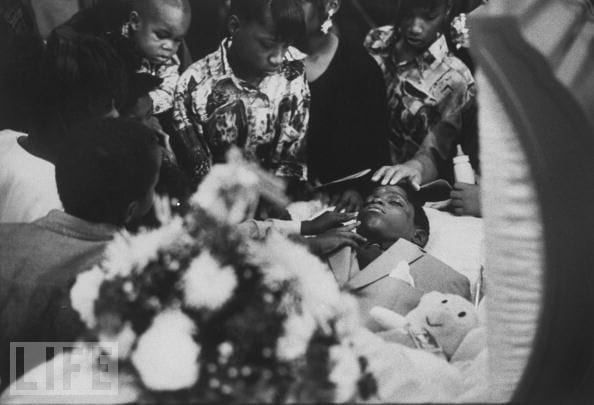 The Hardaway brothers were both found guilty. Cragg was sentenced to 60 years while Derrick was sentenced to 45 years. While they were the only two ever tried in the case, they both claimed that other members were involved. Yummy’s short and violent life became a symbol of the gang problem in America along with the fault in the child services and juvenile justice system.

Poor little man never stood a chance. This story should be taught in schools across America to show our kids how dangerous gangs are. 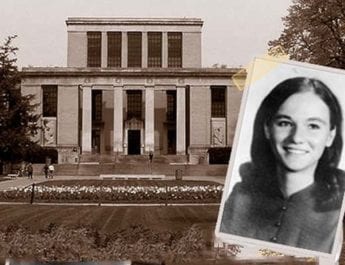 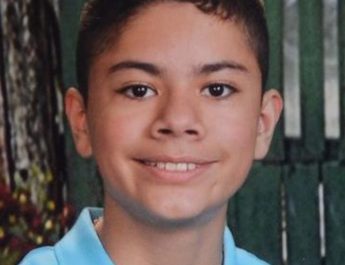 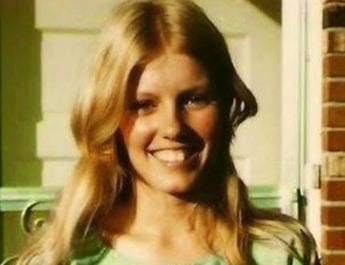